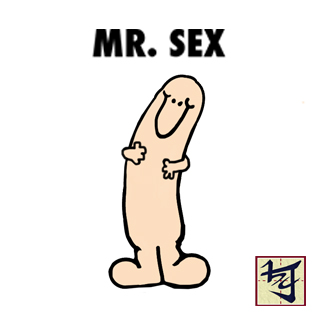 This week we introduced the 2nd annual Beijing Cream Bar and Club Awards (VOTE HERE), with 20 categories divided into four groups. We’ve saved the best for last, and look who’s come around to write about Mr. Sex

There’s not a doubt in my mind, and there should certainly be none in yours, that this group of categories is the most important. If you look at the content allowed by the owner and proprietor of BJC, you’ll see that he is actually catering to the deepest and darkest urges of blog readers. The pictures of scantily clad, attractive women. Porn, sex, traffic accidents. Cats. Terrible haircuts like the one he recently got, which is so hideous that he could legitimately be a contestant on the annual World’s Ugliest Dog Contest. The fact that BJC is actually growing means that you readers enjoy this fluff. What does that mean? He knows this category is the most important for his readers — you — and so there was only one person who could possibly comment on it: me.

It doesn’t bode well that I had to actually Google Map the location of every one of these nominees and sift through the annals of The Beijinger/City Weekend/TimeOut to familiarize myself with them. One review I read stated that “Lido is a north-east enclave of Beijing where foreign residents seemingly go to die.” I’m not sure why there was the need to use the hedging adverb “seemingly.” What sort of clientele are you trying to attract when you open up a bar that is outside Fourth fucking Ring Road? Yes, indeed, the only way I’ll ever find myself at any of these places is if I was drugged (I’m not talking the Dazed and Confused, more of the Hostel/Requiem for a Dream kind of drugged) and dragged there.

Café del Mar is out of the running because they returned zero results on a TimeOut search. (Although one could reasonably argue that should be the reason for its winning this award.) The Irish Volunteer’s reasonable beer prices (Carlsberg for 25 RMB) actually makes it seem like people would voluntarily go to this bar. Park Side seems like the type of place for foreign teachers at WAB, Dulwich or similar schools. Frank’s Place and Little Britain are boring enough that I shouldn’t waste space with comments. In conclusion, the winner goes to Green Cap, which, according to one review, boasts of being “located above a Domino’s Pizza and… doesn’t have anything in the way of signage.” Sounds like a place that literally drugs and trunks patrons to fill seats.

(Disclaimer: I have never stepped foot in any of these places, so all my judgments are purely speculative. They could all be fantastic bars with 57-inch TVs and honey oozing from the walls. I don’t know.)

One of my favorite categories here, as I frequently enjoy partaking in the uptake of toxins in the same place where my body can simultaneously relieve itself of toxins.

Zeta Bar is out because it had the worst belly dancing competition I could ever have imagined. Note to all: doing Chunk’s truffle shuffle from The Goonies is not belly dancing. While the Kro’s Nest bathrooms are actually spacious and relatively clean, I’d reckon no one has or ever will find (or bring) someone to have sex or do a line off anything around Xiaoyun Lu (the Sanlitun location does not count here, we deal with originals only). The most exciting thing Kro’s does all week involves Tao on a microphone. Enough said. 2F and Apertivo don’t really give off the “now that’s where I want to bang” bathroom vibe. I mean, does 2F even have a bathroom? In the end, I’m going to have to give this one to Mesh / Punk. While Dada’s grungy, moist, dark atmosphere is conducive both to fungi breeding and slimy bathroom activities, the Opposite House’s pristine conditions and high-end pomposity scream American Psycho-style drug-and-sex urges (of course, without the chainsaw and all, hopefully). I know because one time my supervisor backed me into the white bathroom back in Punk’s glory days with wayward intentions.

The female equivalent of blue balls is blue bean: “the swelling of the female clitoris due to sexual stimulus without the release of orgasm.” See, girls – it sucks for you too! This category is about the location most likely to leave you at the edge of explosion, which could only mean one thing: which place has the most teases as patrons.

Before we start, let’s face this fact: guys in Beijing are not teases. Keep that in mind. VA Bar mostly hosts jazz performances, so I bet most attendees are either couples or large impenetrable groups whose BFFs wouldn’t dare let you go home with another man. The Bookworm is for people who want to sit with their laptops and headphones, so there’s no way you’ll get a hard-on from that, let alone wait long enough for your scrotum to start to discolor. The Box… um, do you really think there’s a chance you’ll wind up munching box after munching at The Box? Irony threshold surpassed. Also, this is a hole-in-the-wall shack – no way. Twilight is too nice a place that there are likely some success stories, probably rich fellas treating girls to all-night drinks. And I can personally attest to Siif being a locale that will not leave your balls the color of Man City. (What shade of blue are blue balls anyways?) Cafe de la Poste will take this cake because nothing screams stuck-up, not DTF, prissy like “French fine dining… in a place that feels truly European.”

This is the Mr. Sex grouping, and this category is Best Place to Find a Date. Is it just me, or is it indubitably clear that Tao has no clue whatsoever what sex means?

Lush is out because its patrons are undergraduate students, and we all know no undergraduates coming to Beijing want to find a date. They want to fuck each other’s faces. As it should be. (I’m bitter that this is even a nominee in this group.) Located inside a hot dog stand (well done, btw), Fubar lends itself more to going on a date rather than finding one. Unless you want to be the guy picking up a girl you thought was going to the “trendy” bar but instead wanted a chili cheese dog. GLB is no longer new or interesting; you know what you’re getting when you show up. And that applies to both the beer and those who show up to drink it. (Of course, their new location could be a game changer.) El Nido would be more competitive if it weren’t for the fact that it’s a United Nations of hipster regalia. At the end of the day, 4corners walks out a winner. It consistently draws a crowd with its swingin’ band. So much so — see last year’s Halloween — that if you can’t walk out of there with at the very least some digits, you have problems that not even alcohol can solve.

This category’s more like it. Get to the down and dirty of what these awards are all about. First, any place with the word “pizza” in its name is not going to win. That takes Pyro out of the running. If this were the “best place to film the Beijing version of Big Sausage Pizza,” then you would have a fighting chance. The Den markets itself as a sports bar. In reality, it’s a place filled with monster sluts. Unfortunately, those sluts are mostly male, named Zach or Kevin. Ixnay on the ockcay. As for Propaganda — you can find a lay in a lot of places that are closer to civilization, and the best part about those places is they’re not Propaganda.

The final three are serious contenders. Even though I am a wholehearted believer in the famous words uttered by Steve Martin –“ I believe that sex is one of the most beautiful, natural, wholesome things that money can buy” — Maggie’s just doesn’t do it for me. But it does have a fantastic Filipino cover band. Boiling it down to the ultimate mocha combo — Chocolate or Latte? The midget bouncer at Chocolate that managed to make a friend of mine cry vs. the real-sized bouncer at Latte that almost beat the soul out of another friend? For finding a lay, I would have to go with Latte. Prime location. Music so loud you can’t hear yourself talk, so no need to hear the bird or bloke you’re dancing with either. Frequented by both local and foreign talent. Plus, convenient jianbing stalls for your cab ride home before the fun gets started. Just make sure the fake alcohol doesn’t turn your pleasure parts to mush, because that shit is embarrassing. And then you may end up voting for this place for next year’s blue balls award.

Drake is somewhat of an asshole. Here was his analysis of last year’s Bar and Club Awards. Also, he has a column.