On the morning of Saturday, February 9, an American named James suddenly collapsed at the Liede station of Guangzhou Metro Line 5. The video of the incident was just made available, which you can watch above.

A subway attendant, Zhang Jie, supported James’s head while her colleague rubbed his chest. He remained unresponsive for a minute, at which point, while waiting for rescue personnel to arrive, Ms. Zhang began performing CPR. She said he remained unresponsive until after her third attempt, when he let out a breath of air.

A few minutes later, James was breathing on his own. He was sent to hospital, where he made a full recovery.

At the end of the newscast above, James says those who rescued him were like “angels,” and thanks them. 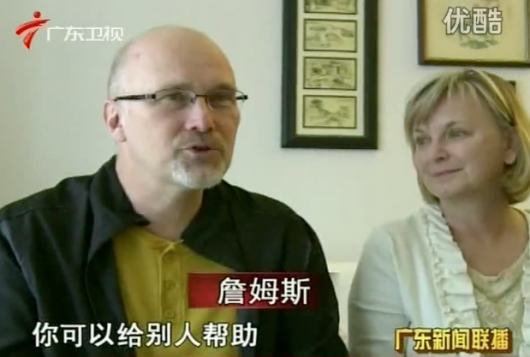