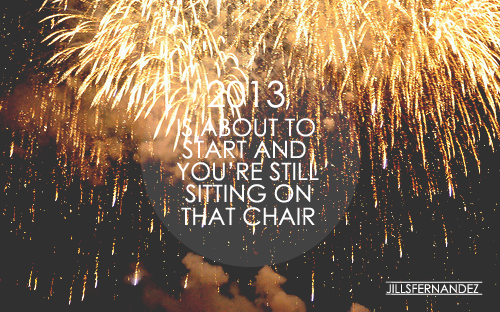 As a blog, we’re contractually obligated to the Blog God to run a year-in-review post, so I’ve asked some contributors to give me their “non-notable story” of the year, telling them to interpret the phrase “non-notable” as they choose. Consider it an experiment in something or other. Here’s what they came up with:

Justin Mitchell, who wrote a vignette of a compassionate China: Jaywalking

Infuckingcredibly, the 190 yuan these traffic wardens garnered made international news with even the respected Atlantic weighing in (with a tip to Beijing Cream’s Accidents That Should Never Happen), albeit though not with my all-time fave diagram about the darkly comedic conditions of Chinese traffic in general.

Dream on, brother. Dream on.

Eric Fish, who wrote about Twitter and Global Times:

While on public transportation, I’ve sometimes seen people rest their feet on the seat in front of them or otherwise act like jerks. I have not, however, seen these acts make the front page of the newspaper. That was until this past May, when a Russian cellist with the Beijing Symphony Orchestra was “caught” doing the unremarkable deed on video – which went viral and was picked up by mainstream Chinese media. The event, coupled with video of a British tourist sexually assaulting a Chinese woman, precipitated an outburst of anti-foreign sentiment in China and a crackdown on illegals in Beijing.

In October there was another cluster of bad laowai who were arguably much worse; including a drunk Russian who rampaged through Beijing, an American who allegedly raped a 16-year-old Chinese girl in Shenzhen, and a Frenchman who attacked random people in Guilin. I braced myself for another round of anti-foreign media hype, but thankfully, it never really came. In retrospect, it made the Russian cellist uproar even more questionable. It begs the question of why Chinese media go nuts over hardly newsworthy events related to foreigners at one point, then give only a passing mention to more extreme stories later.

Piper Fisco, who weighed in for our Bar and Club Awards: Jonathan Kos-Read

Jonathan Kos-Read is a white guy living and working in Beijing. He used to teach English, he once showed up to a job interview drunk and filthy (and got the job!), he didn’t actually pass his college Chinese class and he married a Chinese woman and had some kids. He could totally be a DJ if he wanted, but he’s a full-time actor, so…

Oh! And he humblebrags, too! “There are guys who speak better Chinese than I do, and there are lots of guys who are better-looking than me, guys who are better actors than me. What’s really hard to have is this whole package,” he says. “I fill a niche here.”

Takeaway from this completely lackluster Xinhua profile: He’s not special. He’s a turd making his way in China, just like the rest of us who could also be DJs if we weren’t too busy filling niches and tooting our own idiot horns.

Alicia, who wrote about the worst driver in the world:

Beijing Cream got blocked at my work about a month ago. In the 3 and a 1/2 years that I’ve worked there, aside from porn sites (I did a test once), I have not yet come across an individual site that’s been blocked. Admittedly, there’s a lot of content on Beijing Cream that is NSFW, but overall it’s pretty harmless. I’m pretty sure I myself may have played a hand in getting it censored by reading it so often at work, thus catching the wrong person’s attention. I don’t know if my productivity has a) improved as a result of having less BJC distractions, or b) fallen because I’m spending more time on my iPhone trying to load the site with my data plan and having to hit refresh all the time. If your workplace has blocked BJC as well, email me and we can vent (or laugh about it) together.

George Ding, who actually hasn’t written for us yet but did contribute to this: Diaoyu Islands

The most “non-notable” story of 2012 was the Diaoyu Islands row. You ever see a drunken argument in Sanlitun where two guys circle each other, talking shit and shoving, and you think, sweet, fight’s on? Then, after five minutes of peacocking, you realize these two douches are actually too scared to throw down?

For all the sound and fury that came out of Beijing and Tokyo this year, what really happened? Some ships sprayed each other with water cannons in the ocean, Tokyo’s mayor made sure everyone knew he was a moron, some Chinese opportunists destroyed shops and cars owned by their own countrymen, and Beijing claimed sovereignty via passport watermark.

Real classy, China and Japan. Look, if this thing is going to come to a head in 2013, don’t be a passive-aggressive dick about it. And if one side is a dick, don’t try to out-dick them. No more frat boy bluster. Otherwise, just like those two drunken idiots in Sanli, you’re both going to look like fools.

Kris Pickett, who shared a video of a protester being pushed from a pedestrian bridge onto an inflatable cushion, taking a slightly different (though necessary) interpretation of “non-notable”: Forced Abortion in Shanxi

I remember the day in June as almost a flashbulb memory when I first read the story, and then saw the excruciating pictures of a woman surnamed Feng from Shanxi who was forcibly aborted. The pictures graphically show the woman with her dead baby. This draconian measure was taken over a dispute of some $6,000 (as if any amount of money is worth the life of a child) and carried out by thugs who have about as much humanity as a pack of hyenas. The woman was beaten up and taken to an undisclosed location where the crime against humanity took place.

As if matters could get any worse, there were actual protests against the family of the aforementioned victims being labeled as “traitors” for speaking to foreign media outlets, because, clearly, there were better options, like shutting up and accepting your lot. Eventually, there was a settlement of some 70,000 yuan (again, the money thing), but in the end what did it solve? After the settlement not much was heard, especially in the area of how to prevent things like this from happening in the future. A lot of crazy shit happens in this world, but I would have to say THIS constitutes the most “non-notable” story to come out of China in 2012.

In perhaps the boldest example of localized marketing in our globalized 21st century, Burger King, a fast food chain known for serving burgers, also known colloquially as the “King of Burgers,” now sells pizza, a radically different category of American fare than the Hamburger, to hungry Chinese customers.

This fact was uncovered unintentionally as your dutiful reporter interviewed a Chinese mining engineer from Wuhan visiting Beijing for the first time for the 27th National Conference on the Development of Stones of Various Sizes. On our route to Eatalia, an Italian eatery in Di’anmen, I inquired to whether or not Wuhan is comparable to Beijing’s enviable selection of international cuisine, asking if she “frequents Pizza Hut,” a known pizza fast food chain famous for selling pizza-like imitation foods.

It should be noted that this was not a case of a Combination Pizza Hut and Burger King, but in fact the sole proprietorship of Burger King with a notable absence of anything approximating a pizza restaurant.